A number of flights from India landed at the Bandaranaike International Airport (BIA) over the past few days amidst a ban on travellers from India.

However, officials insisted that the flights were either cargo flights or flights on transit.

Flight Radar showed a number of SriLankan Airlines, IndiGo Airlines and Air India flights had landed at the BIA over the past several days.

Air India flight AI275 from Mumbai, SriLankan Airlines flight UL126 from Chennai and IndiGo Airlines flight 6E8481 are among the flights which landed at the BIA on Saturday.

IndiGo Airlines flight 6E8485 from Bangalore was among the flights which landed at the BIA yesterday (Sunday).

When contact by Daily Mirror, officials at the Sri Lanka Tourism Development Authority insisted that Indians are not allowed into the country.

Meanwhile, an official at the Tourism Ministry said that cargo flights from India are permitted to land at the BIA.

The official also said that while flights on transit from India can land at the BIA, no passenger can disembark.

Sri Lanka is on alert for an Indian variant of the coronavirus, identified as B.1.617.

The variant spreading in India has so far been detected on an individual undergoing quarantine at a Government quarantine centre in Sri Lanka.

Sri Lanka banned travellers from India with effect from 6th May, including those who visited India 14 days prior to the date the ban came into effect.  (Easwaran Rutnam) 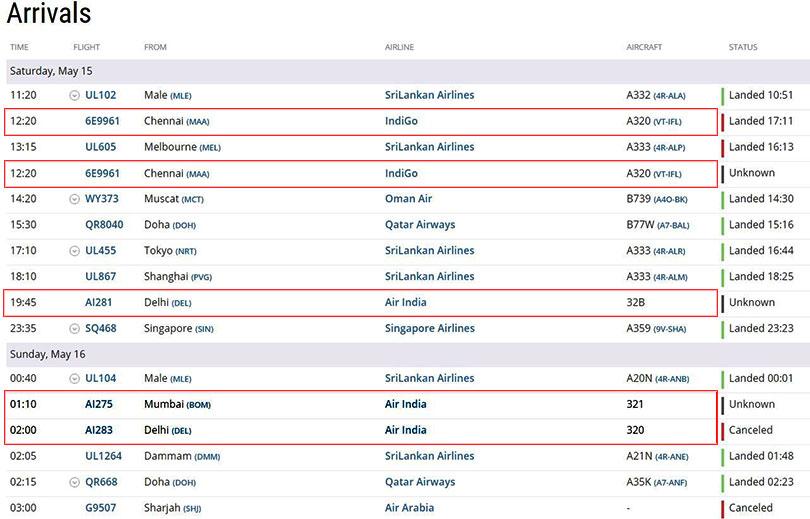 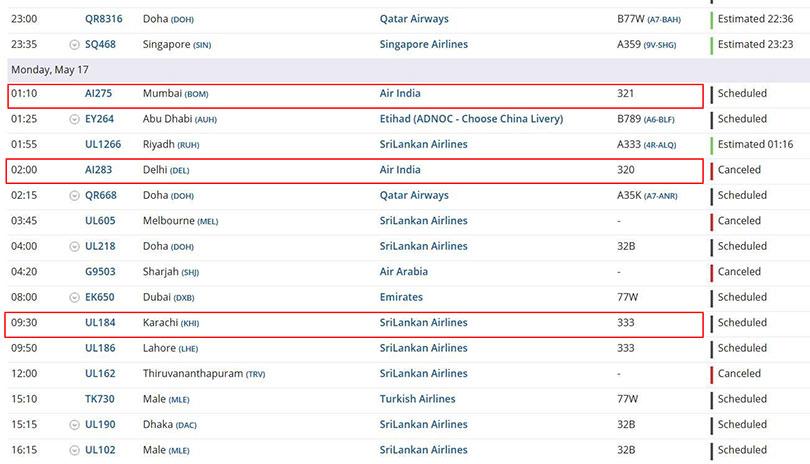 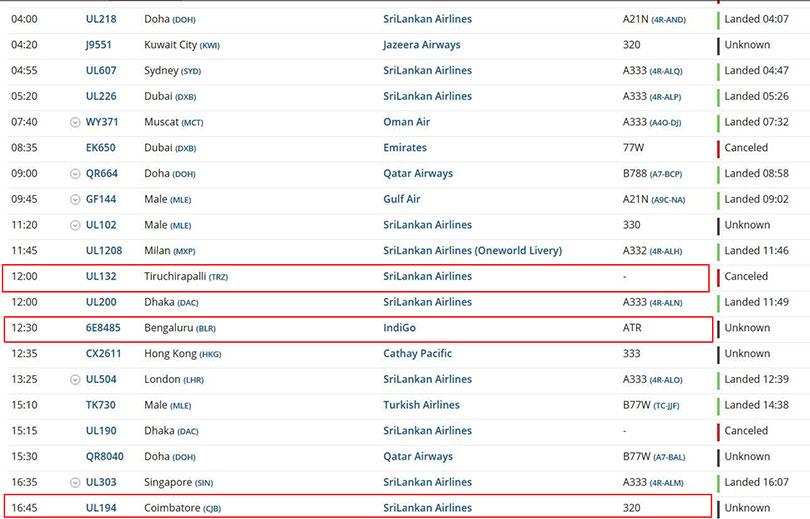